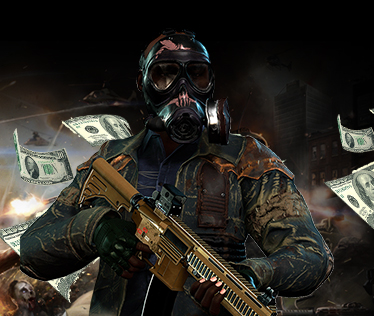 Have you ever wanted to play
a Video Game while also earning money?

This isn’t a concept anymore, it has been made possible through blockchain technology. In this new Zombie shooter the items collected and purchased will be stored on the Solana Blockchain as NFT’s. Endless nights will have its own in-game currency pegged with real world value. We have made it our mission to take into account the concerns of other gaming communities, with that being said, this NFT skill based game will be fair for all players. No more pay to win. 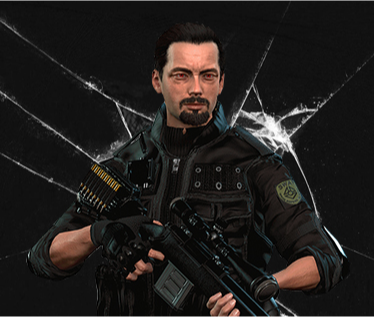 Owning an E.N.Z.A Soldier provides
you with multiple utilities. 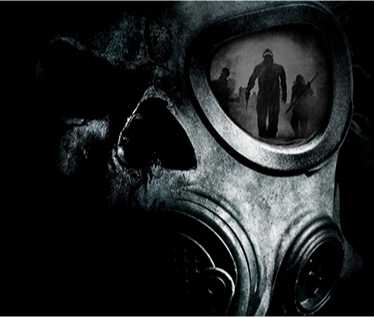 Campaign Mode- A mode where you can practice your skills and find basic items while playing our immersive storyline. Players have a small chance to win a rare version of weapons and items. The weapons and rare drops will change every month to increase their value and rarity.
Multiplayer Modes- We will have two different Multiplayer Modes initially, 1v1 and Squad vs Squad. Each game will have an entry fee in our in-game currency and there will be one winner in every game. The prize for the winners exceed the entry fee and will be explained later in our tokenomic whitepaper. In addition, there will be a ranked leaderboard and we will reward the best players with more of our token.
Renting out NFTs- We will create a system for players to rent out their NFTs for certain periods of time. This means you will continue to own the NFT but someone else has its utility for the time they paid. In other words, a person who does not own a NFT can still earn prizes by renting a NFT, while a person who owns the NFT earns rental income. Cash prizes from our monthy tournament will be shared between the renter and the player. 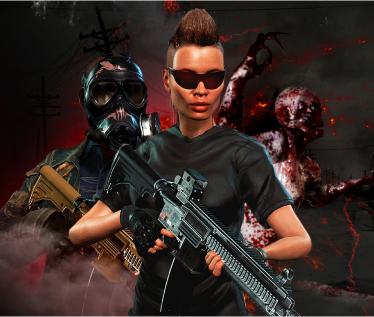 This is a free to play single or multiplayer mode against Zombies and Bosses. The difficulty will progress the further you get through the story and the goal is to kill the Succubus who created this zombie terror, in our fun immersive story packed adventure. You will have to face waves of zombies, monsters and explore our world for items.

In-game assets as NFTs: By bringing blockchain technology into our game players are able to have full ownership and freedom with their In-Game Assets. There will be rare drops from certain bosses and these drops will rotate monthly. This in-turn will bring replayability to our Campaign mode because it can be played to farm monthly rare items.


In-game World: We will have multiple worlds in our game with hidden areas. Every World will be realistic and these hidden areas will have a higher drop rate for rare items. These exclusive areas are sure to keep players on their toes, always expect the unexpected when finding these areas.

Deathmatch is a 1 on 1 player versus player mode where the goal is to kill your opponent while zombies and monsters are chasing you. This game mode has multiple maps that vary in the spawn points and quantity of zombies. This is done to maintain the 1v1 feeling new and fresh. We will have multiple stages and continue to build more in the future. These matches will be time limited and the winner is determined based on points for zombies killed or by killing your opponent. There is an entry fee to play and the winner earns in-game tokens that will exceed the entry fee. More details about prizes will be revealed in our tokenomics white paper post-mint.

This is a team versus team mode. Four players on each team with the only goal of destroying the opposing team. Teams will be chased by zombies and monsters. As a team you can decide to stay in a group or split up. Coordinating with your team on certain weapon classes and positioning is the key to victory. These matches will be time limited and the winning team is determined based on points for zombies killed or by killing all of the opposing team members. There is an entry fee to play and the winner earns in-game tokens that will exceed the entry fee. More details about prizes will be revealed in our tokenomics white paper post-mint.

Tournament mode is going to be a free to play battle royale game mode. This mode is a one hundred player last man standing game mode. various qualification tournaments will be done during the month with one final 100 player tournament at the end of the month. The prize pool is to be paid in our in-game currency and will be distributed to all the players that qualify for the main tournament. The higher placement you get on the main tournament, the higher the prize.